© 2023 T4PUA.ORG   A link to the source is obligatory when reprinting 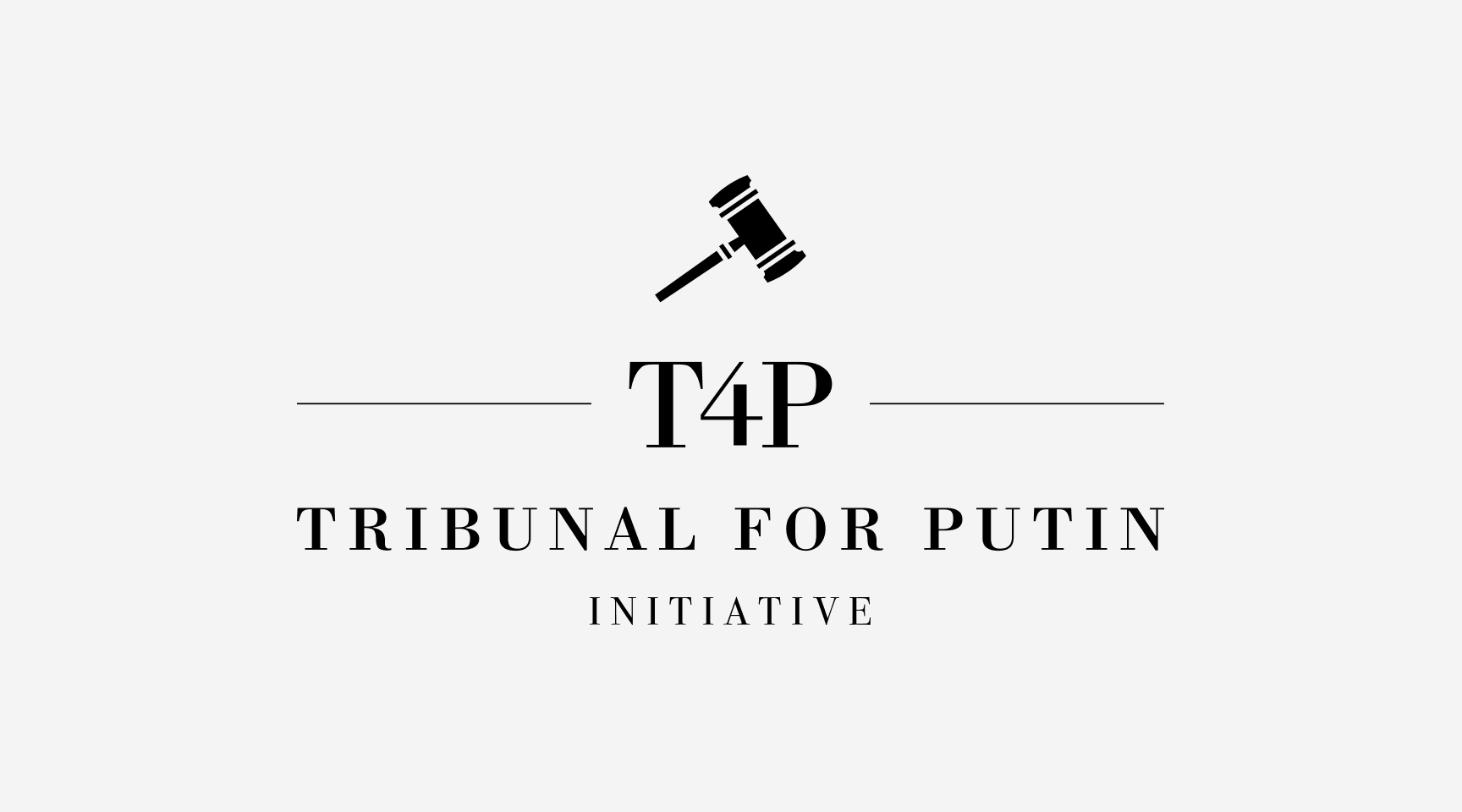 In all the Regions of Ukraine, participant-organisations (see below) document events that display features of crimes defined in the Rome Statute of the International Criminal Court as Genocide, Crimes Against Humanity, War Crimes.

The Initiative makes use, where possible, of the existing procedures of the United Nations, the Council of Europe, the OSCE, the European Union and the International Criminal Court to avert such crimes and to bring those responsible to justice.

We are convinced that the evil currently being perpetrated by Russia in Ukraine is a result of the failure to condemn the evil that was done in the past.

The “Tribunal for Putin” was established on 24 March 2022 and three major Ukrainian HROs are its Trustees:

The following 24 organizations in Ukraine are taking part in the Initiative:

How the T4P is funded

The T4P campaign does not have a separate budget and lacks permanent funding.

The participant human rights organisations (HROs) derive income from their own budgets, which are made up of grants from international organisations and foundations, and private donations. This website, for instance, was created by the Kharkiv Human Rights Protection Group drawing on funding from the European Union.

Russia has been fighting Ukraine since 2014. As a consequence, Ukrainian NGOs already have experience in documenting war crimes during the fighting in eastern Ukraine.

When documenting incidents, the organisations participating in the T4P Initiative monitor open sources (social networks, media news, statements by the authorities), seeking information about a particular incident that bears the features of a war crime (shelling of residential building, killing of civilians, torture and other crimes listed in the Rome Statute). Testimony is also gathered from witnesses and the victims of these crimes.

After the information has been checked, details referring to the particular incident are added to our database. Priority is given to the search for media files and details of individual(s) which can be verified by searches using open sources (OSINT).

Where possible the Initiative’s participant-organisations check details where the crime was committed, e.g., taking photos of the destruction caused by drones, and themselves talking to witness of the event.

Information in the database of interactive statistics is not generally accessible.  Personal data is further disguised. Nevertheless, you may examine live statistics. If you are interested in particular information contained in our database, you may send us a formal request.

One unique aspect of the T4P approach to information-gathering, is that it follows a regional principle, i.e., various parts of Ukraine are assigned to different organisations. Usually, the organisation has worked for years in the area and understands its geography and other distinctive local features. In certain parts of the country the T4P has collected more information about war crimes than either the Ukrainian government or international organisations.